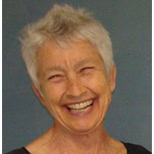 The Deepwater Horizon (DWH) oil spill starting in April 2010 was the largest marine oil spill in history.  Its impact still reverberates throughout the Gulf of Mexico today.  Arguably, some of the greatest impact was absorbed by the marine animals in the area.

Fortunately, three years before the spill The Littoral Acoustic Demonstration Center (LADC) had conducted two-week visual and acoustic surveys of marine mammal activities just nine miles and 23 miles from the DWH spill site, giving LADC a unique pre-spill baseline dataset of marine mammal activity and anthropogenic soundscapes near the oil spill site.  LADC was formed in 2001 by scientists from the US government and universities to utilize Environmental Acoustic Recording Systems buoys developed by the Naval Oceanographic Office.

LADC has returned to those same survey sites to repeat underwater acoustic recordings, gathering data to support comparisons of pre- and post-spill estimates of the marine mammal populations in the vicinity of the event based on their acoustic activity.  These results including noise analyses for the same areas will be presented by Dr. Juliette W. Ioup from the University of New Orleans in a keynote address titled “Underwater Acoustic Noise Effects On Marine Mammals in the Northern Gulf of Mexico” at INCE’s NOISE-CON online conference on November 19, 2020 at 11 am ET.  Register for NOISE-CON today: https://www.inceusa.org/noisecon20/registration/

Juliette W. Ioup received a BS and MS in physics from the University of Florida and a PhD in physics from the University of Connecticut. She has been a professor of physics at Xavier University of Louisiana, a geophysicist data processor at Texaco in New Orleans, and is presently a professor of physics at the University of New Orleans. Her research interests include geophysical, acoustic, and aerospace signal analysis and processing; deconvolution, mathematical digital filtering, spectral estimation; Fourier and wavelet transforms; neural networks; higher order correlations and spectra; underwater acoustics; modeling and simulation; and computational physics. She is a Fellow of the Acoustical Society of America, a Senior Member of the Institute of Electrical and Electronics Engineers, and a member of ASA, SEG, AGU, and APS.  She received the Rossing Prize for Excellence in Acoustics Education from ASA.  She and her team are currently investigating the use of underwater acoustics for individual identification of marine mammals in the Gulf of Mexico.  Register today for NOISE-CON https://www.inceusa.org/noisecon20/registration/