The Acoustic Experience in Restaurants 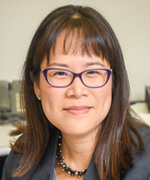 Dr. Lily Wang is a Professor in the Durham School of Architectural Engineering and Construction, and Associate Dean for Faculty and Inclusion in the College of Engineering at the University of Nebraska – Lincoln. She received her BS in Civil Engineering from Princeton University and her PhD in Acoustics from Penn State University. Her research focuses on a variety of room acoustic and noise control topics, including human perception and performance in noise, uncertainty in acoustic measurements, and room acoustics computer modeling. Dr. Wang is a Fellow of the Acoustical Society of America (ASA); Board-Certified by the Institute of Noise Control Engineering; a Professional Engineer licensed in Acoustics through the state of Oregon; and a recipient of the ASA Hunt Postdoctoral Fellowship, ASA R. Bruce Lindsay Award, ASHRAE Ralph G. Nevins Physiology and Human Environment Award, and NSF CAREER Award. She has also received a number of teaching and mentoring awards, including the ASA Student Council Mentoring Award. She has served as ASA President (2018-19), Vice-President (2015-16), and Chair of its Technical Committee on Architectural Acoustics (2004-07).

As shown repeatedly in annual Zagat surveys, a common complaint from those who frequent restaurants are the high levels of noise that can impact occupant comfort and also contribute to noise-induced hearing loss. Restaurant sound levels depend on a variety of factors including room shape, surface materials, seating layout, and the levels of ambient and human-produced noise. This presentation reviews recent work aimed at characterizing restaurant acoustics in real world settings. In-situ measurements have been made in a number of dining venues. The geometric room characteristics, room impulse responses, and background noise levels were gathered from the spaces. Then during restaurant operating hours, sound levels using dosimeters and sound level meters and occupancy using thermal imaging were logged during lunch or dinner service. The data have been analyzed to calculate a number of metrics that give insight on the soundscapes of restaurants, such as statistical levels (such as L10 and L90) and the percent of time that sound levels exceed certain values. Comparisons are presented of the logged sound levels against Rindel’s predictive equation for restaurant noise levels which includes occupancy and group size (2019). A primary goal of this research is to understand how sound levels in operating restaurants vary with occupancy and the levels of ambient noise sources, as well as how specific architectural and design features such as seating style and density may contribute to the acoustic experience. 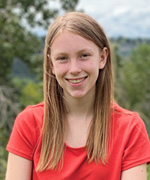 Nora Keegan identified a concern: loud hand dryers were very close to children’s ears and may be causing hearing damage.

So, with the passion of an academic scholar, she proceeded to study hand dryers in a variety of locations where children were likely to be exposed to this noise. Like a consultant, she surveyed the devices by performing sound level measurements of 20 different conditions for 44 hand dryers, resulting in 880 hand dryer sound level measurements to quantitatively assess this issue. Acting like a researcher, she then extensively analyzed the data to identify how each of the devices and the different operating conditions generated noise levels. Her findings? Well, they exceeded Canadian regulations for children’s toys.

Nora concluded her study by submitting her findings to be published in the journal Pediatrics & Child Health in 2019. While these efforts to study the issue and be published are noteworthy by themselves, even more impressive was that Nora was only 9 years old when she started this project and an eighth grader when her research was published; quite an accomplishment for someone of her age! As a result, Nora has been featured in The New York Times, NPR, CBC, Good Morning America, CNN, Today and numerous other news media outlets around the world.

INCE-USA looks forward to welcoming Nora to speak at our Wednesday Plenary Session to discuss this study, her methods, her findings, and her experience following the publication of her work. 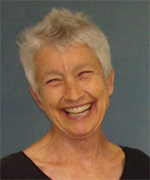 Juliette W. Ioup received a BS and MS in physics from the University of Florida and a PhD in physics from the University of Connecticut. She has been a professor of physics at Xavier University of Louisiana, a geophysicist data processor at Texaco in New Orleans, and is presently a professor of physics at the University of New Orleans. Her research interests include geophysical, acoustic, and aerospace signal analysis and processing; deconvolution, mathematical digital filtering, spectral estimation; Fourier and wavelet transforms; neural networks; higher order correlations and spectra; underwater acoustics; modeling and simulation; and computational physics. She is a Fellow of the Acoustical Society of America, a Senior Member of the Institute of Electrical and Electronics Engineers, and a member of ASA, SEG, AGU, and APS.  She received the Rossing Prize for Excellence in Acoustics Education from ASA.  She and her team are currently investigating the use of underwater acoustics for individual identification of marine mammals in the Gulf of Mexico.

The Littoral Acoustic Demonstration Center (LADC) was formed in early 2001 to utilize Environmental Acoustic Recording Systems (EARS) buoys developed by the Naval Oceanographic Office (NAVICEANO). LADC is a consortium of scientists from the U.S. Navy at the Naval Research Laboratory-Stennis Space Center and universities such as the University of New Orleans, the University of Southern Mississippi, the University of Louisiana at Lafayette, the Applied Research Laboratories at the University of Texas at Austin, and Oregon State University.  The long-term goal of LADC is to use advanced technology to study the anthropogenic soundscapes of the Gulf of Mexico and their impact on marine mammals.  The advancements in passive acoustic data collection and processing provide relationships of regional abundance variations to long-term and short-term environmental factors, such as environmental disasters, weather conditions, natural seasonal migration, food supply, and regional anthropogenic noise soundscapes due to industrial operations in an area.  In 2007, LADC conducted two-week visual and acoustic surveys of marine mammal activities just 9 miles and 23 miles from the DWH spill site, giving LADC a unique pre-spill baseline dataset of marine mammal activity and anthropogenic soundscapes near the oil spill site. Earlier surveys had also been conducted at sites 50 miles from the incident site. In the following years, LADC returned to those same survey sites to repeat underwater acoustic recordings, gathering data to support comparisons of pre- and post-spill estimates of the marine mammal populations in the vicinity of the event based on their acoustic activity.  These results including noise analyses for the same areas will be presented.