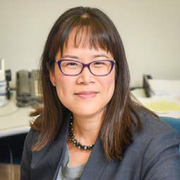 INCE is pleased to announce that Board Certified Member Dr. Lily Wang has been elected President-Elect of the Acoustical Society of America: she will assume the office of President of the ASA on 11 May 2018.

Dr. Wang is Professor and Associate Dean, College of Engineering, University of Nebraska-Lincoln. Lily was awarded a BSE by Princeton University and a Ph.D. by Pennsylvania State University. Her research focuses on a variety of room acoustic and noise control topics, including effects of noise on human comfort and performance, linking subjective perception of acoustics in rooms with objective quantifiers, and improving computer modeling of room acoustics.

Dr. Wang is a Fellow of the ASA and has served previously as ASA Vice President. She was awarded the ASA R. Bruce Lindsay Award in 2005, the ASHRAE Ralph G. Nevins Physiology and Human Environment Award in 2012, and is Board Certified by the Institute of Noise Control Engineering. She also served as Chair and member of a number of ASA committees, including the Technical Committee on Architectural Acoustics.

“I am honored to have been elected to serve the Acoustical Society of America as President", said Wang. “I am deeply committed to the ASA, and will work with the ASA leadership team to continue moving the society forward in line with the recent ‘Strategic Leadership for the Future’ plan. Specifically I am interested in developing new ways for our society to serve members from different sectors better (particularly those in industry and internationally) and in expanding promotion of ASA’s activities to those outside of our society.”

INCE extends warm congratulations to Dr. Wang on her election.