INCE notes the passing of our colleague Lewis Goodfriend 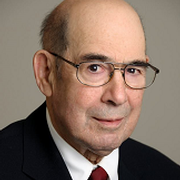 INCE-USA is saddened to announce that Lewis Stone Goodfriend of Longmont, CO passed away on Monday, July 30, 2018. He was 95.

Lewis enjoyed ham radio, traveling, spending time with his children, and grandchildren. He was passionate about continuing to advance his profession, and had a lifelong enthusiasm for learning. He loved science, art, and photography, and he enjoyed going for walks and riding his bike. Helping people in both his personal, and professional life was very important to him. He will be dearly missed.

Lewis served in the United States Marine Corps from 1943 to 1945. He was a combat veteran on several islands in the Pacific theatre including Guam, Guadalcanal, and Okinawa serving as a radio operator.

Earlier in the war, Lewis worked for the Office of Scientific Research and Development on special projects contributing to the successful persecution of the war.

Lewis served as President of Lewis S. Goodfriend & Associates from 1953 to 2002. He was a Consulting Engineer serving clients in the areas of architectural acoustics; noise assessment and control programs for industry, communities, and airports; air conditioning noise control and product development.

Lewis authored two books, “Sound in the Theater” and “Acoustics for the Architect”, both with Harold Burris-Meyer.

In lieu of flowers, please send a donation to a veteran’s organization of your choice, or any worthwhile charity, in Lewis Goodfriend's name.