INCE notes the passing of our colleague Dr. Murray Hodgson 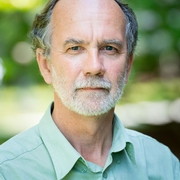 It is with great sadness that we share the news that our friend and colleague Dr. Murray Hodgson passed away last Saturday, August 19th 2017, at the UBC St John Hospice.

Murray joined UBC in 1991 as the first Workers’ Compensation Board endowed chair hired for our new graduate program to train occupational hygienists. He was a key contributor to the program’s growth and evolution, and served as its director from 2000 to 2002. He had joint appointments in Mechanical Engineering and Population and Public Health, and was principal investigator and director of the Sustainable Building Science Program from 2011 until his death.

Murray’s research focused on the measurement, characterization, prediction, and control of sound fields in rooms – especially industrial workshops, offices, classrooms, and health-care facilities. He led the elucidation of the existence and characteristics of non-diffuse sound fields, and was one of the earliest developers of software for predicting noise in classrooms and industrial plants. Murray was also a wonderful collaborator who had joint projects in other engineering disciplines, education, environmental sustainability, audiology, and language sciences with colleagues at UBC, across Canada, and elsewhere in the world. His research renown was recognized via editorships of five acoustics journals, awards from the Canadian Acoustical Association and the Acoustical Society of America, many keynote lectureships, memberships on expert advisory committees, and diverse consultancies on acoustical issues.

Murray’s research was multidisciplinary in scope and so was his teaching. He was known for his teaching excellence and for the wide range of students he reached. As the only UBC faculty member with expertise in engineering and architectural acoustics, he developed and taught full courses for public health and engineering students, and provided lectures and short courses for students and professionals in architecture, audiology, mining-engineering, and physics.

Murray was passionate about the impact of noise on people – their health and wellbeing, and their ability to communicate, develop, and learn. There are few who are unaffected by noise as a public health problem, but sadly too few who attempt to understand and mitigate it. Murray’s work will have a lasting impact from locally at UBC where he helped design acoustically-appropriate learning spaces, to globally through his software, acoustic evaluations, publications, and most importantly, his graduates.