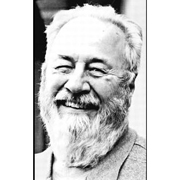 Born in Bay City Texas, in 1931, to Czechoslovakian immigrants, James (aka Jim) grew up to attend Texas Tech, where he received his BS in Mechanical Engineering in 1953. He served as a Naval Officer during the Korean war, and received his MS in Engineering Mechanics from the University of Texas (UT) in 1960, & his PhD from UT in 1964.

While at the University of Texas, James met Janet Connor. They soon married, and in 1963, adopted a baby boy they named Kenneth Henry. They moved their small family to Pasadena, California, where James worked for the Lockheed Missile and Space Company Research Labs in Palo Alto. It was in this job that he became interested in what would be his primary professional focus, acoustics and noise control.

In 1964, James got a job at the University of Washington as an Assistant Professor of Mechanical Engineering, and the family moved to Seattle. He was promoted to Associate Professor in 1968, and Professor in 1977. He and Janet adopted their second child during this time, a girl they named Karen Ann. The family spent many great years in Seattle, and James served a rewarding and distinguished 31 years at the UW. He was a favorite among Professors, and was appointed Professor Emeritus in the Department of Mechanical Engineering on his retirement in 1995.

In retirement, Jim and Janet moved to Edmonds. They traveled often, and while home, were very active in their community, and Church, Edmonds Unitarian Universalist Church (EUUC), until James' passing on January 14th, 2020. 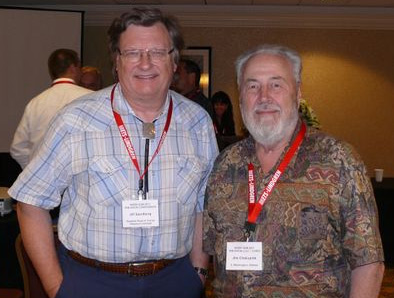 After missing Jim's emails for 9 months, and no reply to my emails received, I searched with google and found his obituary in Seattle Times. It was my saddest moment this difficult year.

I got to know Jim in the 1980's when he was a member in an ISO standardization group that I convened. He had experience in measuring noise emission from the tire-pavement interaction and his advice was appreciated in the group. After his retirement we continued to stay in contact via frequent emails.

Jim was not only a skilled researcher in acoustics and vibration (I remember at least one book that he wrote) but also a humoristic person who liked to joke at our evening dinners after meetings, and later in emails. He made us laugh many times, and in our emails after his retirement we continued to have fun.

Jim was also a generous person, which I enjoyed when I had the opportunity to visit him and Janet in Seattle. I cherish all nice memories from the many times we met in various countries and when we communicated by email. Jim is deeply missed and my sincere thoughts go to Janet, Jim's wife for so many years, and to their children.

February 23, 2020
He was a great guy! He was funny, kind and very nice to be with We didn't know him all that well but sure liked what we did know. He will be missed.