Just outside of Chicago in Geneva, Illinois on the second floor of the Riverbank Acoustical Laboratory (RAL) building are the two rooms that make up the Acoustics Museum. One room displays early acoustical equipment and the other houses the archive. Admission: free.

RAL, the oldest acoustical laboratory in the world, is known for its sound absorption, sound transmission loss, and impact insulation class (IIC) testing for architectural, commercial, and industrial customers worldwide. RAL Lab Manager Eric Wolfram agreed to an interview about the museum, utopia in 1918, and how unrequited love lead to his career in acoustics.

Why are you maintaining an acoustics museum at Riverbank Labs?
RAL started in 1918 as a collaboration between Wallace Clement Sabine and Colonel George Fabyan. Fabyan, sort of the Elon Musk of the early 20th century, owned the land that surrounds the facility. He was a futurist with an utopian view of the world. He intended to create a commune for scientists. He would pay for their room and board along with a stipend while they lived and worked on this estate. All the research they did belonged to him. Some of the earliest work on the estate involved acoustical principles. That early work was the beginning of Riverbank Acoustical Laboratories.

The museum, started many decades ago as a small collection display, expanded over time.  The museum was formally named The John W Kopec Museum of Architectural Testing after his retirement in the late 1990s. Kopec was a beloved lab manager who wrote “The Sabines at Riverbank”, a definitive history of RAL’s early years. As the oldest acoustical testing agency in the world, we had a treasure trove of equipment and quite a bit of donated archival material from pioneers like TJ Schultz and Sabine to get the museum started. We thought it was important to preserve this material for future generations of noise control professionals.

Are you looking for more archival material?
We're not actively seeking archival material, but the museum is a place where it could be kept safely for the foreseeable future. We've been running this lab for over a 100 years and hope to continue for another 100 more! Any papers people wanted to contribute would be welcome.

What got you interested in acoustics?
I don't know how to answer because a lot of people I know in acoustics started thinking about it when they were very young. Perhaps, high school age is typical, and they were adept at math and physics — but very interested in music. For me it all started because there was a girl that I liked in high school and she said that she liked another guy who played guitar. I thought, I could do that too! And that started a passion for music and audio technology, and then later in college, architectural acoustics as a field. So a place where I could pursue the scientific and physics fields, but also something that related and supported music originally was the inspiration. It all started because of a girl I wanted to impress, which is funny since we never even dated! Today I’m happily married with four wild children.

What's the most unusual project you've worked on?
I've been running RAL since 2012 and would say I’m seeing an interesting pattern around open plan offices. I've seen a trend from office screens and acoustical ceiling tiles being the most common sound absorption products we test to new categories of products on the rise. Today, acoustical light fixtures are among the most common types of things tested at RAL along with spaced objects and sculptures made of felt. 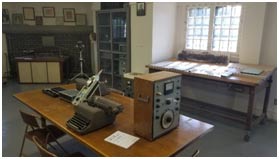 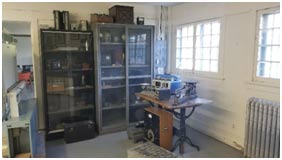 INCE Member Spotlights are an occasional series highlighting an INCE member doing interesting work. Let us know who we should talk with next, email rolson@virtualinc.com.